Founders: Why You Shouldn’t Hire an Executive You are “Comfortable Having a Beer With”

Start-up Founders often head into a critical search for a new company executive with an off-target candidate profile in mind.    My first question prior to a search is always “What is the perfect candidate profile to add to the team?   In one case I was starting a VP Hardware search which reported to a 20-something Founder.   His answer to my question was stunning.  He literally said, “I think someone about my age with some hardware experience who I am comfortable having a beer with.”   Really?  I told him that was not who we were going to target.   Somewhere the Founder had probably heard that it is critical to have ”good chemistry” with a new exec. That is a fair interview objective, but searching for a guy like his own profile drives the search off-course and does not optimize for the skills the company needs to add to the team.   In this situation the hardware component was critical to the product release which was on a tight schedule and the highest risk.  The company needed to de-risk this variable, and that could not be done without a VERY experienced hardware leader who had already shipped high quality hardware products MANY times. Adding these comprehensive skills to the company was literally life or death.   By hiring a senior executive, the Founder could sleep at night knowing this deliverable was now fully covered.  The Founder listened.  We eventually hired a 50ish executive who had previously been successful in multiple high visibility hardware companies with a skill spectrum including Asian sourcing and negotiation, prototyping, manufacturing and shipping of high-quality commercial products.  As of today, seven years later, that executive is still at the company and is substantially responsible for its success.  The Founder hired the executive matched to the right depth of experience and never had to worry about it.  The guy executed.   And I am quite sure over the years he and the CEO/Founder have toasted success over more than one beer.

How to hire a VP

Ed Lauing
Unlike most executive recruiters, Ed Lauing was a CEO himself, for three Silicon Valley software companies. This gives him a unique perspective when hiring CEOs or working with them to select VPs. He has lived through the issues CEOs face, from market and financing pressures to team and board dynamics.
Recent Posts 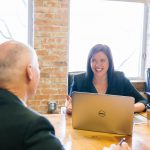